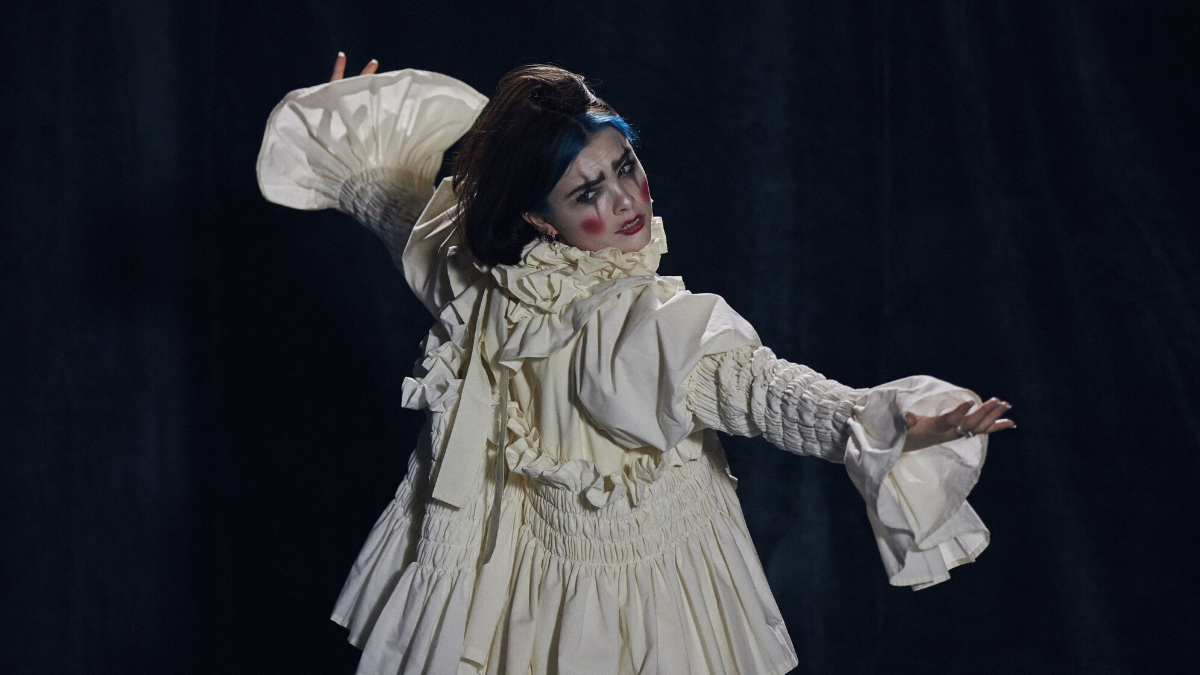 Fresh from touring with Conan Gray in the US, BENEE is back to drop her new music video for the song ‘Blu’.

The video sees BENEE dressed up in an over-the-top frilly number while performing some sort of interpretive dance on a stage much like one at a community theater or school’s drama department, with some trippy undertones which gives it a slightly obscure and unusual feeling, all while gripping your attention to watch.

The track comes from her latest release ‘Stella & Steve’ which BENEE says: “Blu is my favorite song out of the Stella & Steve EP! I also wrote and played the guitar bridge at the end of song, which is a first for me hahar.”

Speaking about the video, she says: “We filmed in this awesome, rundown, old theatre called Crystal Palace in Auckland. I wanted the video to have a pretty but slightly off vibe about it. The dress was made by a crazy talented designer called Olli, and the rabbit suit found secondhand did a good job of making things feel weird.”

2019’s been as great year for the New Zealand native BENEE. In just a few short weeks, her track ‘Glitter’ which is now certified Gold in New Zealand and Australia, quietly became a viral hit on TikTok, with over 250,000 TikToks being made and an increase of two million global streams for the song. Iconic!

Not only that, but her EP Stella & Steve received a numerous amount of praise from the likes of Billboard and E! News to name a few. BENEE also took recently won four awards from the 2019 Vodafone New Zealand Music awards which include ‘Best Solo Artist’, ‘Breakthrough Artist of the Year’, ‘Best Pop Artist’, and ‘Single of the Year’ for her breakout hit ‘Soaked’. So, not a bad year for our BENEE!

We’re telling you now, you need to keep your eyes on BENEE and start stanning now because 2020 is set to be pretty explosive for her!

Are you loving BENEE? What are you thinking about her music? Let us know down in the comments below or by tweeting us @TheHoneyPOP!

Our Advice : Get Hyped for Taemin’s Third Mini-Album!

Benee is BACK with the video for 'Supalonely' and we're digging it!

[…] Benee is back with ‘Supalonely,’ and serving us infectious pop vibes with a colorful, vibrant video to match. When paired together, the song and video perfectly display the fun melody and tone of the track’s message, which also features Gus Dapperton! […]

'Supalonely' Continues to Soar Up The Charts - The Honey POP

[…] to the EP here! If you find yourself looking for the next big hit from the EP, listen to ‘Blu‘ and ‘Find an Island.’ We think BENEE will be around to stay! What do you think […]