Here Are Our Greatest Little Mix Hits In Honor Of Between Us! 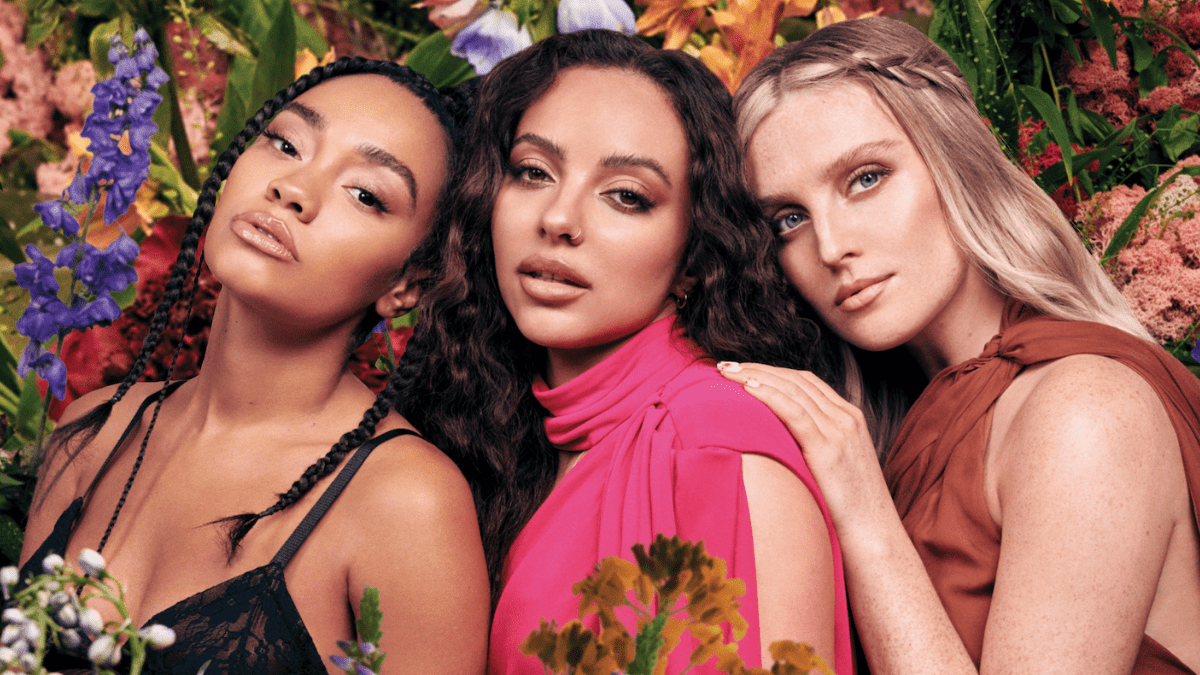 Can you believe it’s been 10 years of Little Mix? What a journey this past decade has been as we saw our beautiful girls flourish into incredible and empowering women who we still stan to this very day! With Leigh-Anne, Jade, and Perrie teasing something was to be announced, we were so thrilled to hear of their brand new album Between Us dropping November 12th (just 10 years and one day after winning The X Factor, don’cha know!) The album is a compilation of their greatest hits, plus it will also bless us with five brand new songs. We’re so stoked! But until then, we at THP HQ have put our Mixer heads together as we share our choice (in no particular order) of the greatest hits by Little Mix.

‘Shoutout To My Ex’

Kicking this off with a bang, we have ‘Shoutout To My Ex,’ a fun and fierce post-breakup banger that is an essential for getting over your former lover and finding the silver lining in a low point. But tbh, even if you’re happily committed, this song still slaps and no relationship will hold us back from belting this out! A true Little Mix staple.

Little Mix are no strangers to empowering anthems and ‘Salute’ is undoubtedly one of their most iconic! Dripping with girl power, the single was the title track of their sophomore album and remains iconic to this day, where it was even the soundtrack for Team USA at the 2016 Rio Olympics. The Little Mix impact is undeniable, tbh.

While ‘Secret Love Song’ featuring Jason Derulo served as a single from the Get Weird era, it was the song’s sister sequel that truly won the hearts of fans. Performed at every tour since and dubbed as the anthem for their LGBTQIA+ fans (who it was also written in mind for), it truly is such a special and moving song that honestly still gets us emotional almost six years on.

Throwing it back to the early days, their debut single post-X Factor ‘Wings’ is one we will never ever get tired of. From day one, our girls have had such a positive influence and powerful impact. It’s such a fun and upbeat song with a great message which speaks to all ages and just real feel-good vibes. Such a powerful start to Little Mix’s career!

We may be coming up to three years since the drop of LM5, but we still demand #JusticeForWasabi! This utter banger from LM5 is a true fan favorite and Little Mix absolutely smashed it when they performed it live on tour! The fierce song that is a total clap back to those who talk down about our girls was a real moment that we wish oh so badly was a single. We hope it’s one that stays on many future setlists!

Listen, ‘Grown’ is such an underrated track. From the sax to the confidence, we are living for this album track!

‘Power’ feels like the older sister of ‘Salute’ with those major girl power vibes! It’s fun to sing along to with the rap-like verses and Stormzy’s feature feels like true allyship for women, which we absolutely adore. Little Mix have served some major feel-good songs and ‘Power’ is such a perfect example of that. It’s always our go-to when we want to hype ourselves up!

Our girls are always on the grind and this synth-urban bop celebrates their hard work! It offered a different sound from our girls and proved furthermore that they are the jacks of all trades, adding more eclectic sound to their catalog. Catch us blasting this when we’re working hard at THP HQ…

‘Strip’ is such an iconic single. Society puts an unreal amount of pressure on us for the way we look and how to be “attractive,” and even Little Mix have been on the receiving end of unsolicited opinions. ‘Strip’ is an incredible self-love anthem and celebrating who you are no matter how you look. The decision to let this song be on the album as well as a single for the world to hear was pure *chef kiss.*

‘Hair’ is such a fun song and the music video gives us real sleepover envy! Another fun breakup song that refuses to let you get down in the dumps of what once was, this single was definitely a fave of ours from the Get Weird era. And how can you not belt this song out while getting ready, using your hairbrush as a mic?

Another oldie but goldie is ‘DNA.’ Honestly, what a tune. And such a huge song for being so early on in their career! Their second single from their debut album offered a totally different sound from ‘Wings’ and showed that Little Mix are capable of pretty much anything and everything, even as fresh-faced newbies from The X Factor. It’s been almost nine years and we’re still wanting answers to the “to be continued…” from the end of the music video.

Another corker from the Glory Days era that we absolutely love is ‘No More Sad Songs.’ For the single version, the girls recruited none other than our boy Machine Gun Kelly and honestly it really gave the song that je ne sais quoi. It’s a regular on our playlists, and the music video is everything.

The song that was almost a single, but never got her true moment to shine, Miss ‘Joan Of Arc.’ The badass single that compared the mood of feeling yourself to historical legends was a true fan favorite from LM5 and we got some incredible music video teasers with stunning outfits and amazing choreo but alas, we never got the music video. We’re still sad about it but this is a true Little Mix staple that we will never let die.

Honestly, ‘Lightning’ is quite an underrated gem that when you listen to it, you wonder why it didn’t get more love. The theatrical intro and impeccable vocals were already incredible on the studio album, but witnessing them along with the performance on the Get Weird tour was something incredible. We’re a little sad we’ll probably not see it again but it’s a memory that’ll live on with us.

Though we were housebound for the summer of 2020, we spent it dreaming of being on vacation thanks to the pop perfection that is ‘Holiday.’ It’s just structured so well, full of captivating beats and those vocals and harmonies we will never ever grow tired of. Definitely a song that can be on every summer playlist year after year.

Though it was Jesy‘s last single and last number one, she left on such a high, talent-wise. ‘Sweet Melody‘ was such a good choice for a single and felt as though it truly captured Little Mix as girl group veterans. From vocals to visuals, choreography to charm, ‘Sweet Melody’ is modern-day pop bliss and one of their best singles of all time.

Little Mix are just as good at serving incredible ballads as much as they are at delivering pure bangers. ‘Good Enough’ reflects on knowing your worth even after others trying to make out otherwise. It truly lets them shine as artists and emphasizes their raw talent. And again, if you were lucky enough to witness it live, you’ll remember the goosebumps this performance left.

We were blessed with this motivational slapper on the Confetti album. It has us feeling hyped and boosts morale to tackle anything in the way – whether it’s to follow your dream or get your to-do list done. It also makes for a killer workout anthem, THP tried-and-tested. We wouldn’t have been mad if this made it as a single, but either way, we’re obsessed with it.

‘Not A Pop Song‘ is quite the momentous song for Little Mix. The song served as a promotional single ahead of their latest album and sings about the hardships they’ve had to face since shooting to fame following their win on The X Factor. Mixers know the girls’ journey and to see them have a change in shift of their career journey, this song felt like a real celebration.

Serving as the first single as a trio, the title track was the last single from the Confetti era and is truly everything. The girls teamed up with the iconic Saweetie who gave such a lit rap that gave the single version of the song another dimension.

This may be their latest release but it’s seriously so good it definitely deserves a place on this list! Little Mix, Galantis and David Guetta dropped this massive collab earlier this year, and ‘Heartbreak Anthem’ is also responsible for the girls reaching 100 weeks on the UK Top 10 chart. The club-friendly smash has been proving popular this summer and definitely contributes to our summer soundtrack this year.

We are so proud of Little Mix and cannot wait to see what they do next!

Between Us is available to pre-order now

Which Little Mix song is your fave? Are any of our faves on your ‘Greatest Hits’ list? Let us know down in the comments below or by tweeting us @TheHoneyPOP!

Need more Little Mix in your life? We gotchu