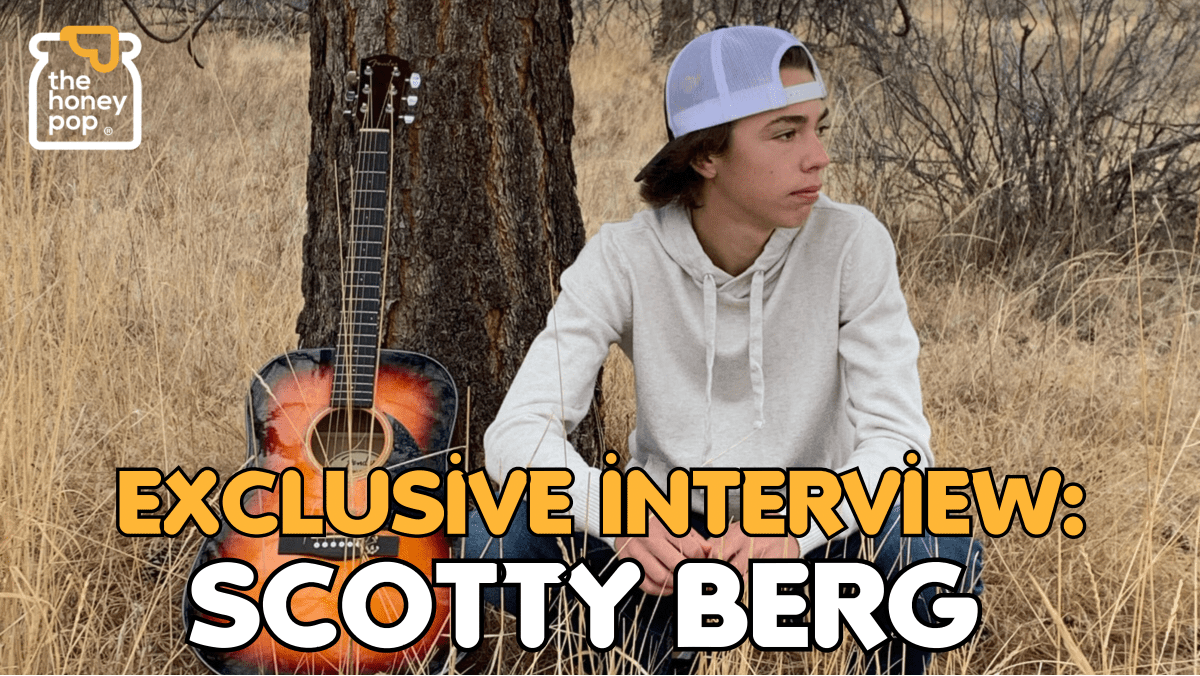 Hailing from Kelowna, Canada, Scotty Berg is a 14-year-old Canadian rising pop singer, songwriter, and TikToker. This year, he has continued to delight his fans with new music, and we are eagerly anticipating each release! Scotty Berg has recently released another smashing single titled ‘No Time To Waste.’ It is by far our favorite single from him so far. Although he is still a teenager, thousands around the world have already witnessed his impressive performance skills. As a result of his success on TikTok last year amidst the pandemic, Scotty Berg went from playing charity shows in Canada to recording with many famed songwriters.

Scotty Berg’s previous single ‘Friends’ celebrates close relationships, while ‘It Ain’t Over,’ which is inspired by the pandemic, aims to give hope and focuses on helping one another in difficult times. He intended to capture the good that he witnessed during the difficult times, the moments where people came together to lift each other up. We all know how COVID-19 altered the functioning of the world, and many of us are still struggling to get our lives back to normal. However, we also witnessed people becoming more considerate and helping one another. Together, we lifted up our spirits and supported each other no matter how challenging the situation was!

Rising artists strive to succeed in the music industry, and Scotty Berg is one of those talented, authentic, and innovative musicians our world needs. Scotty has won numerous singing contests and was nominated for a Kelowna Civic Award for Teen Honour in the Arts, recognizing his charitable donations to organizations by performing at fundraisers. If you are not convinced enough yet, you are missing out on a lot in the music world. So, be sure to include him in your music repertoire right now!

We recently had the chance to interview Scotty Berg, and we couldn’t feel more thrilled. In our conversation, he discussed his new singles, working in the studio, the creative process, finding work-life balance, how TikTok boosted his spirits, as well as what we can expect from him in the coming months. So without further ado, let’s get started!

Hey Scotty! Thanks for interviewing with us. Tell everyone who you are and what you do?
Thanks so much for having me! I am a 14-year-old singer/songwriter from Kelowna, British Columbia, Canada. For the past several years, I have performed at lots of different venues around my city and have recorded a few original songs. Besides singing, I play lots of sports and hang out with friends and family.

What kind of singer would you describe yourself as?
I would say, generally in the pop genre, but lately, I have been learning some country songs as well. There is a nice mix of great pop-country songs out there that I am really liking.

Tell us about your single ‘It Ain’t Over’ and the motivation behind the song?
Thanks so much for asking. I wrote the song during the lockdown of Covid-19. I just kept seeing so many people on social media and other areas that were so down and depressed. I wrote the song to say that it’s ok and we have each other. Let’s support one another, and we can all get through this. Really, let’s lift each other during dark times.

How would you describe your creative process?
Usually, I just start writing stuff down that I am thinking about. Then I try and put those into song. For cover songs, I just go through Billboard charts and stuff and listen to songs that I like and try them out!

If you could go open a show for any artist, who would it be? Why?
It has to be Justin Bieber. He is also Canadian and an unreal artist. I have seen him in concert, and he is pretty amazing. Opening for him would be pretty awesome.

How do you feel that TikTok has influenced your life?
It has helped me find some new fans as well as some new music to try out! Honestly, I just joined in December, and I never expected some of my posts to blow up and go viral. Most of the comments I get are really positive, but there are always haters out there. So it teaches me just to ignore them and keep being myself.

What is your most memorable achievement or accomplishment?
I have won several awards for singing, but I think being nominated for a City of Kelowna award for excellence in the arts was pretty cool. It just helped me realize I get lots of support in the city where I live.

Scotty Berg, if you could go anywhere in the world, where would you go?
Rome, Italy. I LOVE to cook, and pasta is one of my favorite foods. So learning how to cook in Italy would be amazing.

Are you working on any new events or upcoming projects?
Yes! I’m managed by Circle11 Entertainment and was just down in Nashville with them writing and recording some songs with some pretty amazing people in the industry. I am going to release a song soon that has a great summertime vibe to it. So excited!

Being in school and working on the music sure takes up a lot of time. How do you balance that with still enjoying your youth and simply hanging out with friends?
It is tough, but I love what I do. I play school sports (volleyball and cross-country running). So, it is kind of what I do when I am with friends. However, I won’t change anything since singing is my passion, and if I have a gig on the weekend, that is my priority.

Also, you sing about “putting together a playlist,” so tell us, which artists are currently on your top playlist?
Justin Bieber, Ed Sheeran, Shawn Mendes, Why Don’t We, some country artists like Dan & Shay, Niko Moon, Luke Bryan, and Morgan Wallen too.

What are you most excited about coming up over these last few months and the beginning of the new year? Can you share any upcoming projects we can look forward to?
I have a new song out on October 22 called ‘No Time to Waste’. I am super excited about this song, and the feedback I have received on it so far has been really positive. It is an inspirational song about going for it and living your life how you want.

We would also like to thank Scotty Berg for his time, and we can not wait to see whatever he has planned next! It is no exaggeration to say that the moment we heard his newest single, ‘No Time to Waste,’ it made us feel euphoric beyond words. Now, do yourself a favor and listen to this single right here!

We want to know your thoughts on Scotty’s newest release and what do you want to hear next from him? Let’s continue the conversation by tweeting us @TheHoneyPOP or commenting below! Want the daily drip? Get the latest pop culture news and inside scoop by following us on Instagram and Facebook.