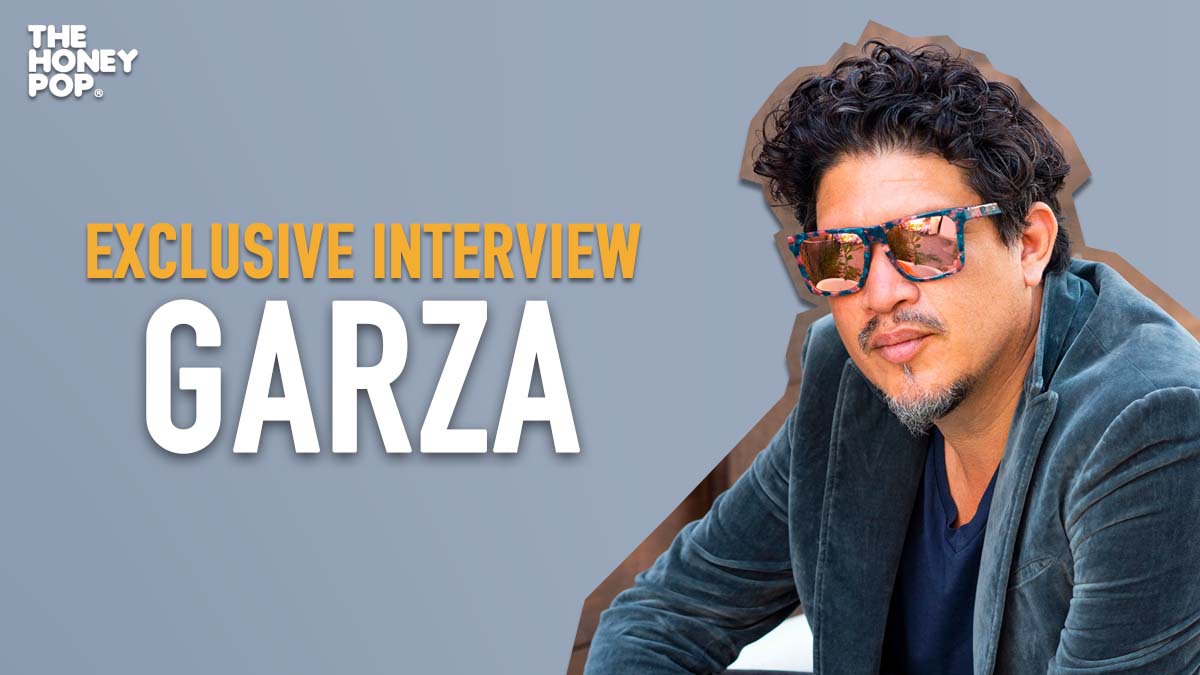 Rob Garza has made significant contributions to the music scene for decades. Garza made his mark as one half of the duo Thievery Corporation, which pushed conceptual boundaries to the forefront of a burgeoning electronic music movement for over two decades. Thievery Corporation is known for blending underground sounds with global influences from Brazil, Jamaica, India, and other cultures. With over 25 years of experience under their belts, the band has toured internationally and performed at renowned music festivals. They collaborated with countless legends, and their music appeared in many films, TV shows, and commercials!

‘Summer Is Ours‘ is the latest single that appears on Daydream Accelerator, and it is a stunning piece of art that serves as a beacon of hope amidst COVID-19. With its striking visuals, the single takes viewers to a post-apocalyptic dystopian world depicting a young couple exploring the ruins of a fractured society blissfully unaware of the world that is crumbling around them. It embraces the idea of remaining unaffected while discovering the ability to thrive despite chaos at any time.

Rob created a piece that has an otherworldly ambiance and a compelling rhythmic flow. Garza’s musical statement strays into more pop ground without becoming mainstream, as he is striving to be innovative in exploring the possibilities of electronic and pop music, and undoubtedly the concept sounds fascinating. Since things are heating up again with the new album, we thought it was an excellent time to check in with Rob to find out what he has been up to and get some details on all that is happening in the world of GARZA. So without further ado, we will dive right into it!

Your new album is a kaleidoscope of lush textures featuring multiple artists’ collaborations. What inspired your latest project, and how is it different from your past releases? What were your initial ideas about how you wanted the album to sound?
The album is my exploration in the pop realm but operating within the scope of my ideal pop soundscapes from another era. Some influences come from 80’s new wave, including bands like the Pixies along with the 90’s trip-hop. The song ‘The Future Comes Too Late’ has a very James Bond/Portishead-like vibe. I definitely love bouncing around stylistically while still having a common thread that ties it all together. I like to think of the sound as Kaleido-sonic.

‘Something That’s Different’ really lives up to its title with its contrasting mood. While it depicts an internal struggle between desire and sadness, sonically, it accentuates optimism. Did any particular experience inspire this song thematically? Take us through the songwriting and production processes for this song.
This song was inspired by the feeling of getting over nostalgia and embracing a more optimistic sense of rebirth. Like the moment when you know you’ve crossed that edge, and you’re finally able to see beyond that place where you felt stuck. The songwriting came from collaborating with SMLE, Emeline, and Rob Resnick. I had this sketch that I was playing around with, and we all started riffing and adding different perspectives. It has a longing but optimism that evokes a youthful outlook through the song.

In addition to the aesthetic appeal of the visuals accompanying this single, it exudes a metaphorical charm. How did you come up with the concept of this video, and did you contribute to its creation? What was it like filming amidst the pandemic?
The video was created in collaboration with Mason Bates and his organization Mercury Soul which merges electronic and classical music. They had a beautiful concept and space picked out for this video, and Emeline and I offered some minor suggestions to bolster the concept. It was really interesting to film a video amid the pandemic because everyone was strict about the protocols. To be honest, we were just excited to be out doing something beautiful and creative after being in lockdown for so long.

‘Summer Is Ours’ gave us a glimpse of your upcoming work; were the lyrics inspired by the pandemic? How did the collaboration with Enemy Planes and SMLE come about, and how was your experience working with them?
This song was written specifically about the pandemic and what it would feel like finally being able to shake off the shackles of isolation. Yësac of the Minneapolis, MN-based ENEMY PLANES is a great vocalist, lyricist, and songwriter, coupled with the fact that he and I have been touring together across the country before the pandemic – I think allowed for a very natural flow to write this song together. The music was built off of some old ’80s and ’90’s songs that I was listening to, and I had some different riff ideas that I was bouncing around so late one night during the pandemic the SMLE guys and I seamed it all together. After I got it to a point I passed it off to Yësac to do his thing in terms of writing vocal melodies and the beginning of the lyrical content to put the finishing touches on what would become ‘Summer Is Ours.’

Where did your initial fascination with electronic music come from? Over the last two decades, what has been your constant source of creativity and inspiration to maintain this broad spectrum of sound?
I started creating electronic music back in 1984 when I was 14. My family moved to Connecticut and they had an electronic music class where I started messing with synths, drum machines, samplers, etc., so I got hooked. In the past couple of decades, DJing has kept me aware of new sounds and sonic textures which has been very inspiring to me on the electronic front.

As someone with an eclectic musical background, who would you consider some of the most influential artists or groups in your life at the moment?
My influences are very broad and mostly from the past. I’m influenced by many artists like Antonio Carlos Jobim, the Clash, The Pixies, Sam Cooke, Roy Orbison, Public Enemy, Jorge Ben Jor, and lots of older obscure vinyl sounds.

Rob, what is unique about your solo work that makes it different from Thievery Corporation? How did it feel to embark on a solo journey? Where do you see your solo material heading next?
I enjoy stretching out musically speaking and not doing the same thing all the time. Thievery is my vehicle for doing downtempo/trip-hop style music. To do something “new” in that way for me would feel uninspired. I like to challenge myself and continue to expand. You get a lot of criticism when you do new things and people want you to be this typecast version of yourself. I welcome it. If I’m not stepping out of my comfort zone musically then it feels a bit hollow.

How do you usually select vocal collaborators for your albums? Do you compose tracks for particular artists in mind, or do approach them based on the demos you have recorded?
I usually live with the instrumentals for a while and become very familiar with the songs. They sort of speak to me in the sense of what they are looking for vocally. Some of the vocalists appeared randomly, like the track with Calica, and then others were more deliberate. The song ‘Talkin’ with Racquel Jones, I wrote that specifically imagining her vocals.

Is there a track off of your new album that you are particularly proud of, and why?
I really love ‘Letting Go.’  Just because it was a last-minute addition that came after everything was finished. Stee Downes, who is great really nailed the vocals. The song has this sort of Human League vibe that is pretty rad. I was surprised and proud of how well that came together.

What recording methods are you focusing on right now in terms of technology, software, and equipment?
I love retro synths as well as some of the new ones that are modeled after the old ones. I use Ableton to sketch and develop songs after which we pull them in Pro Tools for the final part of the tracking and mixing process.

Given how long you have worked with Eric Hilton, how critical is the synchronization of your personalities and talents to your success? Did you face any challenges while working together?
I think we had a very magical musical chemistry that complements the other. An almost indescribable quality that just makes something special happen when the two of us were in the studio together. Things can be challenging in any band or relationship after 25 years, but we always focused on getting the best sound and songs that we felt we could create.

In light of your impressive achievements, how have staying indie, following DIY principles, and adopting a diverse and multicultural perspective, played into Thievery Corporation’s longevity?
I think those qualities have allowed us to have a career and survive. Not being at the whims of major labels, fads, and fickleness. It’s allowed us to cultivate our own sound and vision and to sustain a career without being a mainstream artist. If you have a good handle on your own business it is possible to be successful in the indie world.

Your label Magnetic Moon Records has already attracted impressive talent to its roster. What is the type of talent you’re looking for? How could young musicians enhance their skills and navigate the music industry?
We are looking for artists that are true originals and talented. It is a multi-genre record label which I really like. I get kind of tired just listening to one sound all the time.  I have a love of many genres. It is nice to be part of helping to develop young artists’ careers and seeing them evolve and navigate the business. I’m proud of the talent we have on our roster. Artists should remain true to their vision, not get wrapped up in what is happening with everyone else, and not be scared to learn a little on the business end, because ultimately it’s their career.

As the live music industry returns to normal after the pandemic, how are you feeling around touring, and are there any plans in the works?
Thievery is going back on the road as we speak. I have plans for GARZA later in the year. It is strange getting back on the road after all this time off. But the crowds and band are chomping at the bit for live music.

Lastly, what does the future hold for Thievery Corporation?
Right now we are embarking on a tour till the end of the year and then we shall see!

We are eagerly waiting for more music and live concerts to come our way. Keep an eye on this section to stay informed about all the new music and tours coming soon. We would also like to thank Rob for his time and for providing us with all the exclusive details. It’s no exaggeration to say that the moment we heard this newest album, we felt euphoric on an unimaginable level. Do yourself a favor and listen to Daydream Accelerator right here!

We want to know your thoughts on Rob Garza’s newest release and what do you want to hear next from him? Let’s continue the conversation going by tweeting us @TheHoneyPOP or commenting below! Want the daily drip? Get the latest pop culture news and inside scoop by following us on Instagram and Facebook!