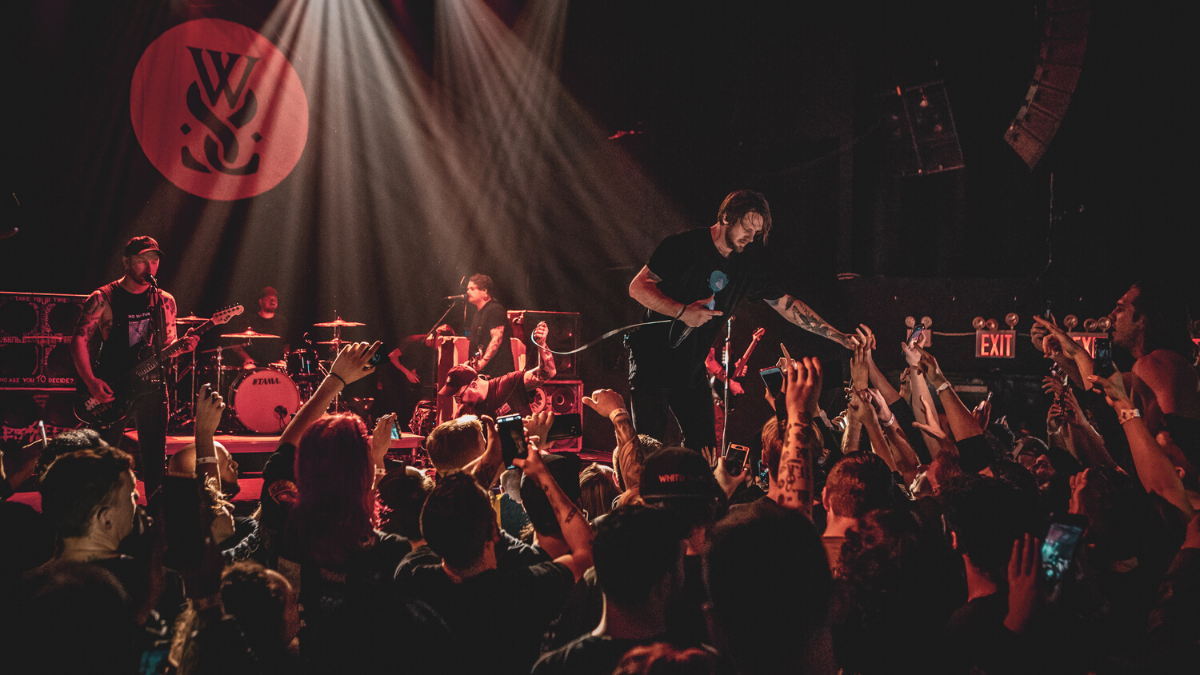 The night in New York City opened with The Machinist, a band hailing from Queens. Followed by Savage Hands from Maryland, who captured the attention of the audience. And reformed, He Is Legend. While She Sleeps captured everyones attention as soon as they got on stage.

Some performances are simply good. The vocals sound nice, the guitars, drums, and bass hit just right, and the lights and sound are on point. And though that certainly applies to While She Sleeps, they are so much more than just “good”.

They’ve got heart, they’ve got passion, and they’ve got spirit. Throughout their performance, you could easily catch the band smiling at the sheer experience of playing in a filled room. A superfan, decked out in their merchandise, could be seen singing along and recording while their guitarist, Mat Welsh, took notice and joined in. And join in he did, quite literally. Welsh later jumped into the crowd and performed right there, on the floor, surrounded by the entropic audience.

Song by song, excitement filled the room. Members bouncing across the stage, connecting across their music to a crowd they weren’t sure would even exist. Hailing from the U.K., While She Sleeps is grabbing the attention of all who come to see them. No pun intended, but don’t sleep on them! Let us know if you already got tickets by commenting below or by tweeting us i @TheHoneyPOP!

For more live concert photos you can check out our Photo Gallery.

Featured Image and Gallery: Sharon Groenow for The Honey POP