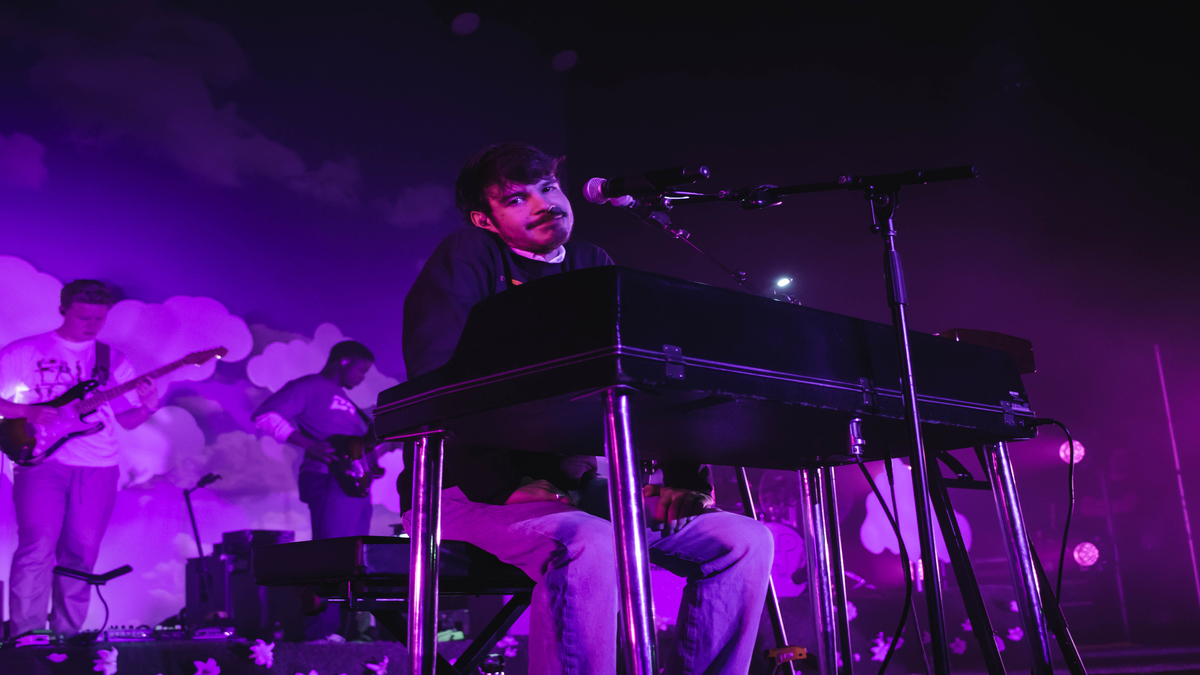 As someone who has been a fan of Rex Orange County for the past three years, I have to admit I knew it would be hard for me to not enjoy the show. What I did not expect was the band to absolutely exceed all my expectations. Rex Orange County played in Houston this week and put on a show! Opening with the lead single from the new album ‘Pony’, ’10/10′ they were so energetic and set the mood for the kind of show Rex Orange County wanted to have. The stage set up was beautiful, the music was beautiful, and if you have the chance to go to this tour, you have to take it.

From the first song to the encore the crowd was singing every word, filling the room with an energy unmatched from any other show I have seen. The show started with the full band performing, and then the tone switched and Alex took to the stage for a few solo songs. Alex alone on stage set a beautiful soft mood. He was interacting with the crowd making the show feel intimate in a big venue.

If the performance alone did not impress everyone, then the stage production did. The stage was set up like a garden, and was flooded with flowers. Rex Orange County wanted to create a beautiful experience for ‘Pony’, and he did it perfectly.

About halfway through the set Rex Orange County covered ‘No one’ by Alicia Keys. That song is very hard to cover, yet they did it perfectly. They made the song their own and it really added extra emotion to the set. At another show they covered Teenage Dirtbag, and honestly I don’t know which one is better. They both spoke volumes and set a high bar for cover songs. Check out more artists on our site!

Feature image and gallery: Bex Rodriguez for The Honey POP

[…] long-time fans of this Houston trio, we are stoked on this new era and truly believe they are going to reach even more people who […]